The Day I Found Sketch

I was setting floor tile all day at my Mom’s house in Riverside, which my Gramps’ built 65 years ago and where my Mother was raised, I had kicked off my shoes and was resting before hitting the shower. It was a warm summer day in June of 2013 and the door was open, outside there was some commotion so I went to the door to see what was going on. Cars where stopped at and in the intersection, people were out of their cars and there was a brown dog under an SUV. I watched for a short while as they all tried to coax him out from under the vehicle to no avail. I asked my Mother, who had been watching with me, if there was any chicken left and she said yes as she went to get it.

I  took the chunk of breast meat and the leash she gave me and went out to the SUV. As I walked across the street I threw a piece of chicken under the vehicle and walked around to the other side and sat on the curb. I made a subtle two-tone whistle to get his attention, then tossed another piece to him and made a slip noose of the leash through the handle. I threw another piece down just out from under the SUV and the dog started coming out slowly. He was a young Pitbull mix and had obviously just been in a dog fight as his face was swollen on the right side where there was a big gash. I held out a piece of chicken in my hand and he cautiously made his way and took it from my hand as he sat in front of me with all the people encircled around us. I moved my foot away from me and he was startled by the sound as it scrapped the asphalt and I eased him as I soothingly said, “It’s gonna be aaalriiight, that’s riiight” and gave him another piece of chicken then slipped the leash around his neck. I stood up and everyone was giving me accolades as they got back in there cars and drove away from the intersection. He seemed to be over life and I had to move him along by lifting him forward every step across the street and into the yard.

For three days he slept under my 4Runner and would bolt away from me even if I was walking away from him. Then he started coming around although he was very sketchy. I figure he had been beat down before he was beat up. It was my intent to find him a home or his previous owner because he would have been just another unwanted Pitbull at the pound. Over the next couple weeks I noticed that he listened well and as I gained his trust I decided to start training him and he learned fast. After a month I figured I could not ask for a better dog then this so I took the ad off of CL and named him Sketch.

I started taking him out to dog friendly places so he could be around people and see that we are all not so bad. I found a sit called Bring Fido that was a directory of places to take your dog. I started taking him out and about and realized this dog was not only smart, he was the coolest dog I ever owned. He listens, he learns and he loves to run along side me riding my beach cruiser. Then I got the idea that I could make him the star of a dog friendly adventure show wherein we travel all over California, making videos, meeting people and checking out cool places to take your dog. And that is the story of how SKETCH n T! came to be.

This picture was taken four or five days after I rescued him, when he started sleeping behind a bush next to the back porch, as you can see the swelling is almost gone and the gash was scabbed and healing. I’m guessing he was around 9 months to a year old and was a Pit, Boxer, Hound Mix. Pit when he smiles, boxer when he’s not smiling and the bark of a hound, plus he loves to sniff everything.

Frontline Plus Specials - Use Frontline10 Promo Code and get $10.00 off your order of 6 doses 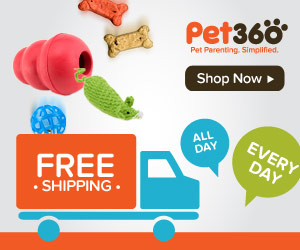